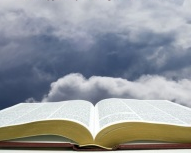 Faith is not hope because hope has no substance. It could be wishful thinking that is based on the goodness and ability of God or the stories one has heard about Him. All these can create hope within a man and what that simply tells us is that we have a God who is able and if we approach Him on any matter, He can transfer to you the substance of those things that you are hoping for once you INTERACT with Him on that subject matter.
Therefore, faith is based on an interaction with God. For instance, if healing was not part of the atoning work of Jesus, there is nothing we would be able to do to get God to heal us. All of us would be sick and we would have no basis to go and meet God for healing. Even if sickness makes us uncomfortable and we know God to be good; if we don’t have His word concerning that particular thing, it means there is no basis for any form of interaction with Him. So faith doesn’t start by just making affirmations on the outside and it also does not start by trying to work upon yourself to say something is yours – as a matter of fact,that can be theft!
A good example is when you are driving and get pulled over by a police officer and he demands to see the car papers.
The fact that you are in the car doesn’t make it your own. In the same way when you live in a house and you are asked the same question- where are the papers? The fact that you are walking all over the house or land doesn’t mean the house or land belongs to you or the ownership has been transferred to you. This action could be interpreted as theft. It could be something that God has apportioned to somebody else which by desire and affirmation you want for yourself. God’s Word on a subject matter coupled with the prayer of faith is what gets the job done.
This is how the direct action of the Holy Spirit is released into the life of a person to produce what is humanly impossible.
Many who say ‘pray for me’ in other words mean: they are asking for a harvest where no seed has been sown. If you get the title deed for something, you will not need to run around asking for prayers. A lot of people who go around asking for prayers do so because they don’t have the assurance inside of them.
This means they do not have the faith; which is to say they haven’t interacted with God to the point where He transfers to them the ownership of that particular thing for which they are asking for prayers. What people should say instead of ‘pray for me’ is ‘teach and show me the area in God’s Word where He has committed Himself to me on this particular issue so that I can intelligently cooperate with Him for my personal recovery in it’.
That is a better request than ‘pray for me’. What such a person needs is to be taught the Word of God (which is the seed); to have explained to them the portions of Scripture that will tell them what they desire belongs to them. Faith is certain because it is a deed that tells you clearly this thing is yours. The day God transfers the deed to you is the day you should kneel down and declare: ‘Father I thank you for giving me ownership of this particular thing therefore I ask that you transfer the ownership of it on the earth into my hands this moment; I believe I have received it now; it is mine’. From that moment on, the forces of God are committed on the earth for the fulfilment of that particular thing in your life.
One prayer in your understanding in forty-five seconds will release it to you. But first of all you must have the title deed and not just mere desire because that is what will set you apart when manifestation begins on the outside.