Finding God in the Most Unusual Way

Finding God in the Most Unusual Way 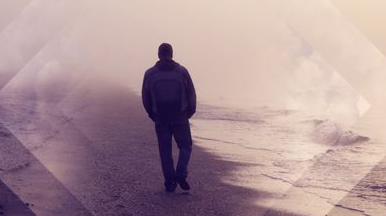 ‘Humble Yourself Under the mighty hand of God for in due season, he will lift you up’ (1st Peter 5: 6) I will like to establish that God in His Faithfulness is at work in your life right now in practical terms and I will show you how to unveil these workings of God. You need to know that God is ever present in your life. In fact He is always present when you are most probably frustrated and angry because that is when He is doing something new. If you have some unresolved offence in your heart,that is probably the stirring of God in that particular area. The bible says we are to humble ourselves. For God does not lift you up first, you must first humble yourself and then He exalts you. Some people may take offence in that ‘how can God come into my life and I will go down?’ but this is so because there is something He is doing in your life. If you go through the process, you will be most thankful for the process than in the manifestation itself because at the end you will see that had it not been for the process, the manifestation of the blessing may just destroy you completely. This is because you just would not have the intuitive intelligence or the sense of judgment to be able to maintain the blessing. God comes to visit His people in the most unusual of ways. “…Thou madest him a little lower than the angels;thou crownedst him with glory and honour,  and didst set him over the works of thy hands’ (Heb 2:7) The concept here is that first of all, you are made a little lower but people usually do not like that because it looks like things did not go according to their will or way. For example you may not like the way you are treated in your office, but it is stirring up waters; and you are praying to God Almighty like Paul did, that the person may depart from you and yet nothing is responding. But God says ‘my grace is sufficient for you…’ . The way out is to thank God; this is like a rock but God nudges that there is a blessing coming right behind that situation.
The blessing comes in strange ways i.e not how we expect and you have to understand that in order to enter into the flow of God’s blessings for your life.  Be careful about times like this in your life. The bible says ‘the wrath of man never works the righteousness of God’ (James 1:20); Watch the patterns in your life. There are people you might have been angry with but you chose not to say anything though you wanted to react. You will find out shortly after
the incident that a blessing came through them and then you will see that Satan could have actually destroyed the bridge. Therefore, the scriptures says to be slow to speak during those times, be quick to hear and be slow to wrath and understand every good and perfect gift comes from above.
You have to understand that God visits and if you do not take offense and you will enter into God’s will. The Bible says ‘for the suffering of death’;  something happens around you that have brought you a little lower. There was a scientific experiment that was carried out back then in John Hopkins University.
They wanted to find out how long a particular type of insect will survive without food and they wanted to watch the process of death. They put the insects in a big beaker put a hole on top of it, so air and light could come in and also a potted plant and they started observing.  The insects fed on the potted plant till it dried up, then when the scientist said it was time for the insects to die they put them under a magnifying lens to see how the whole process will go. To their amazement, these insects instead of dying started going through some form of metamorphosis.
They grew wings, changed into another form and flew out of the beaker one after another. They flew to some plant somewhere and continued living. Sometimes things can happen to you and people will think this is the end then want to watch the process of death in your life but what I am saying is that a transformation can occur and who they never thought you were, comes out. In the history of science those scientist had never seen those type of insects change. They were not even aware that they had such capacity. What was expected was that they were going to die but when a demand was made in the environment from within, a different type of manifestation came out. So when a demand is made on the nature of God that is inside of You, you begin to manifest in a capacity  that nobody on the outside knew existed. That is why Jesus said ‘…if any man thirsts let him come unto me and drink’ (John 7:37); so when there is a demand from the environment do not look on the outside look within; That is how the divinity of God will be made manifest because it comes from within.

Finding, GOD, in, Most, the, Unusual, Way