The Living Power of the Word

INSIGHTSFORLIVING > Standard Blog > Uncategorized > The Living Power of the Word

The Living Power of the Word 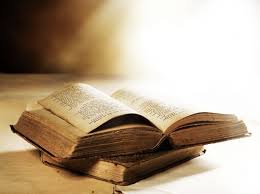 For we have not followed cunningly devised fables, when we made known unto you the power and coming of our lord Jesus Christ, but were eyewitnesses of his majesty. For he received from God the Father honour and glory, when there came such a voice to him from excellent glory, This is my beloved son, in whom I am well pleased. And this voice which came from heaven we heard, when we were with him in the holy mount. We have also a more sure word of prophecy; whereunto ye do well that ye take heed, as unto a light that shineth in a dark place, until the day dawn, and the day star arise in your hearts: Knowing this first, that no prophecy of the scripture is of any private interpretation. For the prophecy came not in old time by the will of man: but holy men of God spake as they were moved by the Holy Ghost. (2Peter 1vs16:21)

The word of God is very important and essential in the life of every Christian because it produces the knowledge of God’s will in any situation you put it to use. The bible says the Spirit of God hovered over the face of the deep and then God said, “let there be light and there was light”. After light was created the spirit of faith now took over, where God started speaking forth into matter for the existence of things. We must know as Christians that this same light can also be created within us to create things on the outside. Therefore, we must know how this light is created within us as we pray or seek the face of God for any issue.
The above scripture is the final words of Peter to the Church. Jesus had shown Peter that he was soon going to leave the earth therefore, he wrote this letter so that the church can know certain things about the Christian faith. Peter told them in his letter that Christianity is not a cunningly devised fable i.e. it is not something that one can just fashion out and try to build a doctrine on. In the same scripture we are told that Jesus Christ received power and glory through the voice He heard from heaven and he (Peter) was there physically with Him. Through that voice there was a transference of power and glory which shows the living power of the word of God. This is why the scripture says we have a more sure word of prophesy once the word is used in any situation. There is something on the earth that is available to you that will transfer that same honour and glory into your own life, on the basis of faith and that is the word of God. It is not just some theory that we have worked out, but the power and the glory of God is contained in it thus, it will be of benefit if you take heed to the word and follow it diligently.
The word can create light on the inside of any man which will then lead him to the physical manifestation of his prayers. For example when Jesus was born, the wise men saw the stars in the heavens and they decided to follow the natural order by entering into the palace of Herod the king. The minute they entered the palace of Herod the star disappeared. When they came out of the palace the star appeared again and then they followed that star to the physical manifestation which was Jesus. This shows that when you depend on men or enter into the palaces of men, the day star on the inside of you disappears. A lot of times when darkness sets in we run into the place of power, naturally speaking, instead of knowing that this is when the light of God will come up. This is because once darkness sets in all you need to know for you to operate in that light is the word of God.
Therefore, depend totally on God and when the dark side of life shows up in your life always know that this is the time for the light of God to shine through you. And for the light to shine the word of God must first be spoken to illuminate the darkness.