Forsaking the Mercy of God

Forsaking the Mercy of God 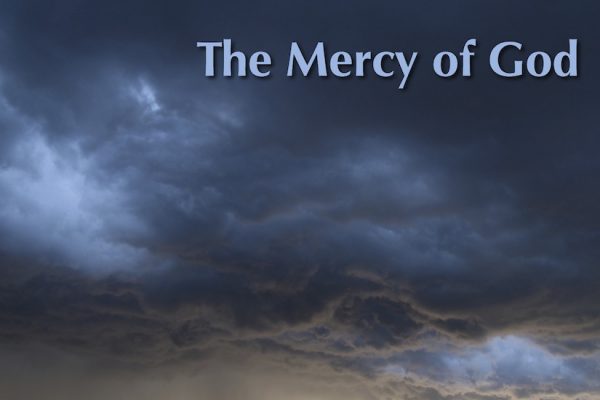 When my soul fainted within me I remembered the LORD: and my prayer came in unto thee, into thine holy temple. They that observe lying vanities forsake their own mercy. But I will sacrifice unto thee with the voice of thanksgiving; I will pay thatthat I have vowed. Salvation is of the LORD. And the LORD spake unto the fish, and it vomited out Jonah upon the dry land (Jonah 2:7-10)
The above line which states, “they that observe lying vanity forsake their own mercy” means the mercy of God is always and easily provided by God but the problem is that people abandon or forsake that mercy. Jonah decided he was going to acknowledge the presence of that mercy by sacrificing unto God with a voice of thanksgiving.  The word “sacrifice” in the above scripture means he is doing something that is not consistent with what is convenient or obvious at that particular point in time. This shows that Jonah’s sacrifice of thanksgiving was the most difficult thing for him to do at the point or period of his life. It was neither convenient or something that seems appropriate- it was a sacrifice.
Thanksgiving is an acknowledgment of the receipt or the presence of something in your life as a gift. What Jonah was implying was that the farthest thing from him at that particular point in time was to offer up thanksgiving for the receipt of something that was not apparent at all or had been given to him.  This is exactly the way people forsake the mercy of God- they observe what is going on outside, which is what he called ‘lying vanities’ and therefore they come to the conclusion that what they prayed about has not yet been done. This is because when we look into our environment, we cannot see anything or find anything that gives us the indication that God has actually answered that prayer.
When you observe lying vanities on the outside and forsake the mercy of God by not offering thanksgiving unto Him and paying what you vowed you automatically block the entrance of that which you prayed for. Immediately Jonah offered up his sacrifices of praise without any visible sign on the outside that any transaction has been done, God bestowed His mercy upon him and the Whale spat him out. Jonah’s freedom came on the basis of that transaction. He acknowledged the receipt of it with the voice of thanksgiving in the belly of the whale and then God responded to his voice of thanksgiving by shifting everything on the outside to his favour and as a result he received the answer to his prayers.
As believers we must understand and know that God never refuses to show mercy. Even if a person is in the depth of sin, if he cries out for mercy, God will show mercy. The real definition of the word ‘mercy’ comes from the word ‘compassion’- it means the same word in the scriptures when it says, ‘Jesus was moved with compassion’.  It simply means the movement of a person towards another with the intent of relieving them of stress, alleviating their suffering or meeting the need within their life. Thus, when the Bible says, ‘if you see your brother in need and you shut up your bowels of mercy, how dwelleth the love of God inside of you?’ (1 John 3:17).  This scripture is basically talking again about compassion. This means something moves in you towards that person to help him/her in their time of need. So God responds when He sees any of His children in any form of distress when they cry out to Him. Jonah was in direct and wilful disobedience to an express command from God yet that did not stop God from showing him mercy. When God came into a covenant with David, He said to him that even if his children err from the truth, He (God) will never withdraw His mercy. So God will never withdraw mercy when people turn towards Him. The issue is that they forsake the mercy of God and Jonah described it by saying that they get preoccupied with what is going on before them or on the outside and therefore abandon the mercy of God. Let us therefore focus and continually ask for the mercy of God in all that we do so that God’s will can be done and our lives much easier to live.
Pastor ‘Poju Oyemade
Forsaking, GOD, Mercy, Of, the