CULTIVATING THE FIELD OF LIFE

CULTIVATING THE FIELD OF LIFE 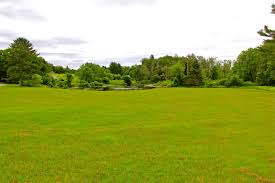 ‘Who then is Paul, and who is Apollos, but ministers by whom ye believed, even as the Lord gave to every man? I have planted, Apollos watered; but God gave the increase. So then neither is he that planteth anything, neither he that watereth; but God that giveth the increase. Now he that planteth and he that watereth are one: and every man shall receive his own reward according to his own labour. For we are labourers together with God: ye are God’s husbandry, ye are God’s building’ 1Corinthians 6:5-9

According to the above passage Paul says he planted and Apollos watered what he planted and with the combination of both, God gave the increase. Moffatt’s translation of verse 9 says:  ‘for we are labourers together with God and you are God’s field to be planted’.  The idea that Paul brings out here is that God sent His only Son to redeem us or bring us back with the blood of Jesus Christ. Thus, what God has done is that He purchased the field of our lives. He looked at us as a field that was worth a lot and so He decided to make a huge investment into us; with the intent that He will show the worth of that field as He begins to cultivate it. By planting His seeds inside us and then watering those seeds for the fruits to come forth. Such that when people look at us, they will understand that this is the garden that has been cultivated by God. Therefore, God wants people to come into our lives and see His glory. This means that He wants people to see what He has cultivated out of the fields of our lives. This can only be done by first planting His word and then making sure that same word that He planted is watered; and when we have both, God is able to bring about the increase in the fields of our lives.

The act of watering occurs when a person comes to energize what has already been planted inside the ground. This means that when Apollos came, he understood that he was not planting anything new.  He had come to water the things Paul had planted inside the lives of the people and to energize those things such that they would grow up and blossom.  Without this watering act a lot of things can go wrong.  Apparently for many people, it is during the time of temptation, testing or pressure in their lives that they wonder why they are going through such trying times. They think because they have received the Word and are God’s children they won’t go through any form of pressure. But when the Word of God is preached they believe it and when test comes they forget the same word. This is exactly how James described it in the scriptures that they forget what manner of man they are (James 1:23-24).  The reason such things happen is that what was planted inside their heart has not continuously been watered. This means that the truth has not been exposed to further information that will energize it. We usually go about spiritual things as though we are in a classroom where we learn something new every day. Real progress begins when a person begins to re-learn those things that they already know. When more light is being shed upon truth that they are already aware of and in humility they go over those things that they already know. Just as Peter said, ‘though you know these things and you are established in this truth I will not be negligent to always put you in remembrance (2 Peter 1:12). He understood that if you do not continuously put people in remembrance of certain things or if you do not continuously teach similar things to people but rather say something new every time, it will be like a person that keeps planting seeds and not watering it.

You must continuously water the seed that has been planted on the inside of you because this is the key to increase. You must bring the word of God to a place of manifestation within your life. By sitting down with the Word and asking God for more light concerning it and feeding upon that same body of knowledge until God begins to about the increase i.e. the manifestation on the outside.

In conclusion what Paul was saying was that we begin to see results in any field when firstly, seeds have been planted and secondly what has been planted into the hearts of the people is now continuously watered. When this is going on and the tests come on the outside, this person will be well rooted in those things and they will respond correctly. And in so doing God will begin to bring about increase within their lives.

CULTIVATING, FIELD, Life, Of, the