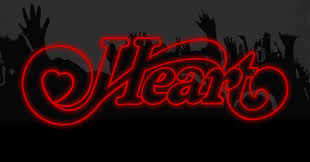 I will like to ask a few important questions. Do you know the worth of your life as a believer? Do you understand that if Jesus shed His blood to ‘buy’ you, there is REAL value in your life? These questions are important and crucial. As a believer you need to come to the understanding that wherever you are as a person today, there is great worth in where you are today no matter where that is. One of the mistakes I see people make in terms of attitude, particularly in this part of the world is that we interpret respect as the demonstration of an inferiority complex. For instance, there is a comedian called David Chappelle, he was given $50m almost ten years ago as a contract to do a particular comedy show and he walked away from it. He disappeared from public view and went to South Africa for some years. When he resurfaced people asked him why he disappeared, he said ‘I got to a point I could not take it again; I found out as a black person that in order to succeed in this comedic business, I will have to undermine myself to make people laugh. I would have to dress like a woman and amuse everybody’.

Sometimes what looks like humility is actually people undermining themselves. I see this all the time especially when you think that by opening your mouth to say that another human being is superior to you is a sign of humility and it is not. What happens a lot of times; particularly in Christianity is that people attribute to human beings what God did for them in their lives and in the process of trying to show their ‘respect’ to the individual they start saying more than they should. Furthermore, David Chappelle narrated a documentary he watched on one of those nature channels. In it they said that the ‘bush man’, when they cannot find water, understood that baboons always knew where water was and baboons loved salt. So what they would do is to put salt into a small hole and once the baboon puts his hand into the hole it gets stuck because the hand cannot fit the small hole but it is still holding on to the salt. The only thing the baboon had to do in order to get out of that trap is to let go of the salt which it often would not do. And so the bush man comes, catches the baboon, puts it inside a cage and gives it as much salt as it wants and when the baboon feeds on salt to a point it becomes thirsty and when they open the cage, it will lead them to a water source. From this narrative I understood clearly what he was saying. There are many people who undermine themselves and are being used to find sources of wealth. So what people do in the name of ‘humility’ is look down on themselves and once you do this, you lose sight of something within yourself. But when the seed of God’s promise is planted into your heart, the conception and perception of yourself will completely change.

The bible says, ‘God’s eyes are going to and fro throughout the entire earth and He is looking for those whose hearts are perfect towards him, so that He will be able to show Himself strong on their behalf’ (2 Chronicles 16:9). His eyes are going to and fro continuously seeking opportunities to bless those whose ‘heart-attitudes’ towards Him make it possible for Him (God) to do it. And wherever He sees it, God is able to move in the individual’s life. David’s heart-attitude made it possible for God to work in his life. Everyone told him he could not kill Goliath because he was young and Goliath was a man that has been fighting from the time of his youth. Imagine a whole nation saying one thing and this young boy is saying something else. There was an attitude that David had that was not inferiority complex. They gave him Saul’s armour but he took it off because he said he had not proven it yet. God saw something in David and this made it possible for Him (God) to use. There is an attitude you must have towards God and yourself that gives you a sense of self-worth because you have been bought by the blood of Jesus.

In conclusion the Lord is looking for people who might appear small and insignificant on the outside but there is a light that has been turned on inside them. Such people have certain attitude and believe towards God; where they understand that all these other things don’t count if God is not involved. This is because they are looking to God and saying it is only God that can put them over and beyond their own expectations. They are not relying on any support structure on the outside or from anybody but they understand inside their heart that it is only God that can put them where no man can.

Attitude, Heart, is, What, your