The Power in the Invisible Life.

INSIGHTSFORLIVING > Standard Blog > Articles > The Power in the Invisible Life.

The Power in the Invisible Life. 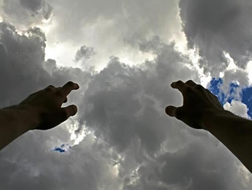 When you find yourself in hard economic situation all you need to do is to inject the invisible life (the Word of God) into it and it will create the surplus you need and it will also increase productivity. In the story of the widow and the prophet Elisha in the bible (2Kings4:2), the prophet helped the widow by making her realise that the ‘nothing’ she thought she had was enough to create surplus or abundance that will end the lack in her family. Elisha simply asked her to bring whatever she has and not knowing the value she said nothing because she counted it as such. Then she said to Elisha that she only had a jar of oil.

Sometimes situations will ask you, “what you have, and when times like that arise, do not depart or say “nothing,” instead look within and exploit that “little or nothing you think you have.” Speak life into it and see it produce increase. The bible says, “Except a corn of wheat falls to the ground it abides alone. (John 12:24)” If you do not allow that which you have to fall to the ground and die, it cannot produce for you the increase you so desire. Let that nothing breed surplus for you by releasing it to God.

As long as you have something, it is enough to change that situation. In the above story, Elisha told the widow the jar of oil was more than enough. What you term insignificant is better off in the hands of God because when things begin to emerge in your life, i.e. when surplus begin to come out of that ‘nothing’, it will only be to the glory of God.
You are saying “I need more money, God is saying no; you are saying I need to depart from where I am, God is saying no.” instead gather everything you have together and then inject life into it.

No matter how insignificant the world sees it today it does not matter because once you commit it into God’s hands it will produce much more than you could have ever dreamed or imagined.
Once you commit it to God, the next step is to inject life into it.Stop looking at your business, your relationship or your job as nothing instead get to work, convert it in your mind into your first property on the earth. That job is not just a job it is your first property on the earth.

Most people only see material things as their property. Turning things into property means you take it as a valuable entity by associating value to it. That way you begin to navigate them in your mind as something significant. Once you believe it to be your property that is the way your mind will begin to see it. Thus, take that job, idea or dream that you have and make it your property.
For instance, when you watch a movie, in the beginning before the movie starts you see words like “This is the property of Twentieth Century Fox” or “This belongs to Sony Pictures.”

In fact, they put more value on the movie than their head office because it is from the trade of that movie they are able to buy the tangible things. That is why they call things “intellectual property” which means even the knowledge that they have, to them its a property or an entity. That is the first way you must look at anything your hands finds to do or aspire to become.
Therefore, the skill that you have, or talent or job or those big dreams inside of you, treat it as a property and not anything intangible. The same way you look at a house and say “this is my property” that is the same way you should see your skill or job as your first property on the earth and from then you can begin to convert it to an estate of surplus value.