The Composition Of The Faith Walk

INSIGHTSFORLIVING > Standard Blog > Articles > The Composition Of The Faith Walk

The Composition Of The Faith Walk 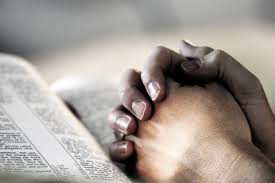 As a believer who desires to experience the supernatural, it becomes increasingly important that you seek the face of God. God told Joshua in order for the people to experience wonders; they needed to set themselves aside for a few days (Joshua 3:5). Therefore, to experience wonders such as this, find time to separate yourself from all forms of your usual busy routine, and seek God’s face. Go somewhere you know you’ll be quiet with God, no disturbance from your phone or the Internet, and then spend time in stillness.  You will see how much advancement you will make as a person with this decision.

George Muller once said as a person of faith we are not influenced by ‘impressions’. Impressions have neither one thing nor another. Which means your impression has nothing to do with faith. Faith has everything to do with the word of God. Faith is not opinions or feelings that are formed with little evidence, or a ‘strong or weak feeling’ we get in a situation, Faith has to do strictly with the written word of God.

Some may ask, is faith also connected to probabilities? Probabilities are a big deviation from faith. Probability is used to quantify an attitude of mind towards some proposition of whose truth we are not certain. Faith has nothing to do with probabilities. The province of faith is not ‘it seems like it will or will not happen’, faith has nothing to do with that. Faith doesn’t “seem”, faith IS! The province of faith begins where probabilities cease, and sense and sight fails. ‘Appearances’ of things and situation are not to be taken into account; the question is, has God spoken it in His word to you as a person?  That is the starting point.

Faith, The Composition Of The Faith Walk, Walk