Different Ways God Communicates With Us

Different Ways God Communicates With Us 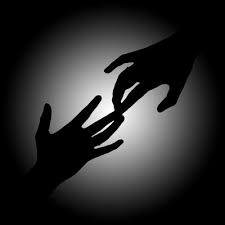 When one spends time in the presence of God it allows God room to communicate with you as you begin to pick things in the Spirit. In 1Corinthians 14:2 says, “For he that speaketh in an unknown tongue speaketh not unto men, but unto God: for no man understandeth him, howbeit in the spirit he speaketh mysteries.” Implying that when we pray in the spirit there are certain things that are in mysteries and beyond human understanding. The word of God is the foundation and when you pray in tongues you are building further on that foundation as well as strengthening your faith. Praying in tongues could also simply be you communing with God as opposed to you asking God for something.

Visions and dreams are also means by which God sometimes communicates with Christians. However, it is not every dream or vision that carries any significant value; at times dreams simply tend to be our subconscious playing tricks on us. If God chooses to communicate with a believer with the aid of visions or dreams God always follows it with a word of wisdom or word of knowledge or most times it is a combination of the two.

However, you need to ensure that you are not tempted to ask for external aid to interpret these dreams or visions as it opens an individual up to the possibility of being manipulated and also creates a space that allows witchcraft to come in and operate in your life. Visions and dreams are only valid when God chooses them to be and not when you choose them to be.

Word of knowledge is God telling you something supernaturally that has happened or just happening. Whereas, word of wisdom could be defined as God supernaturally telling you something that is about to happen. In Matthew2:13 God warned Joseph in a dream asking him to leave Egypt and later appeared again with a word of knowledge which says, “for they are dead those who sought the young child’s life.” All through the scriptures, it shows us that God communicated through visions or dreams at times giving exact information such as names and addresses and events that are about to take place or things that would happen in the future. However, we are not seeing it today because the prayers of the church are centered around the cares of life. In the past visions and dreams were possible because there was time being spent with God just plainly communing thereby giving God the space to communicate and tell them about powerful things to come such as avoidable crises.

Solely praying about the cares of our life closes our spirits as we are not allowing God the space to operate in our life. Always remember that God knows what we have needs before we even ask. So, there is a need for our inner man to commune with God as it is the spirit within us that is praying to the most high while strengthening our faith and allowing God the space He needs to operate in our lives as he deems fit.